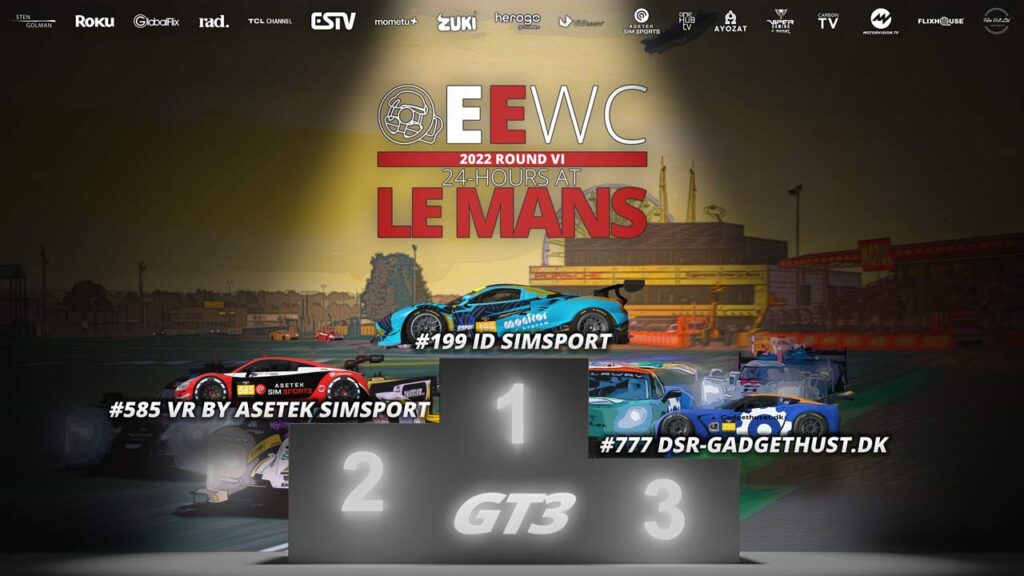 Well, that was a nail-biter. You could not have predicted that after the first hour of the race. #585 Asetek Simsports by Volante Racing started from pole position, but that is not where they ended up at all. And in fact, they were lucky to be able to overtake the #777 DSR-GaddgetHuset.dk for second place.

A funny thing about this race is that the fans actually pointed to one of the ID Simport cars as the winner, but that was the #166  instead of the #199. But they did get the team right with a whopping 41% of the votes!

The finishing result also nearly had an impact on the final season result. Because if the #585 Volante Racing by Asetek Simsports didn’t finish ahead of the #777 DSR-GaddgetHuset.dk, then the #404 of glam racing would have finished third instead of second in the championship. And the team beating them for second place would have been exactly the #777 crew.

The problems with pre-occupied drivers and some internet issues took their toll on the #404 GlamRacing crew and that is why we don’t see them on the podium for the first time in four races. The Brasilian CKR team also made a glorious return, after winning at Monza and taking third at Sebring, but due to hardware problems this time around they failed to finish the race.

Now here is the race result, points and being the last race, this is also the season result. But more on the season podium spots in separate articles to come.

Posters are available for digital download as well as in print from the GTR24H webshop, printing service and delivery provided by Printful.