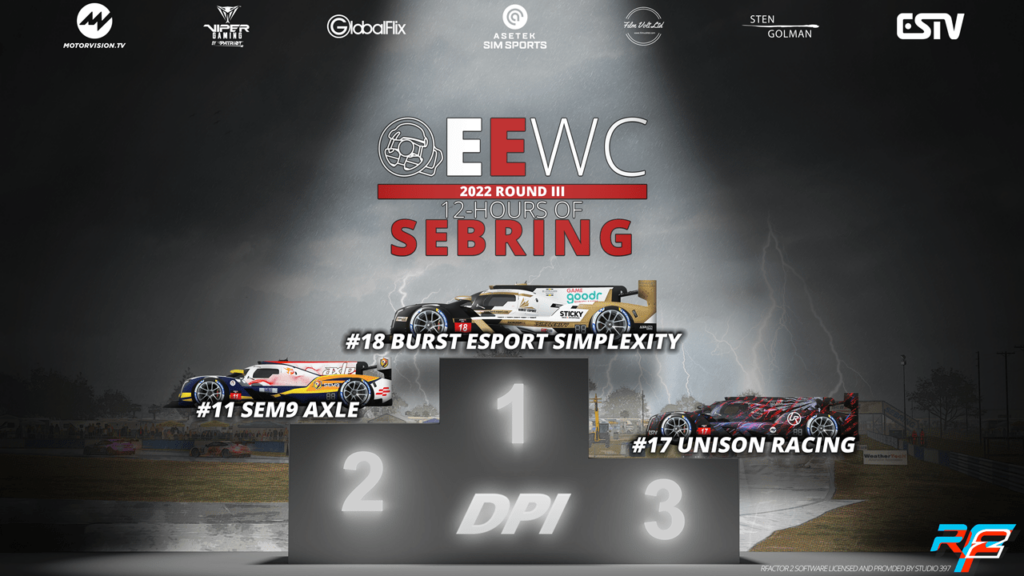 DPi was a hoot from the getgo. Burst Esport SimPlexity was bested by Moradness Estars for pole position, and the battle between the cars went on long into the race until the rain separated the cars. Burst Esport SimPlexity went on to win the race. Moradness was shockingly later disqualified from the race and will no longer be taking part in the championship, giving Burst Esport a commanding lead in the championship. Given the severity of the multiple infractions, there will be no comment from Marshals or Race Control. SEM9 Axle Started P4 and was faced with early problems and fighting with the #717 Unison Racing but did fight their way back up to take second place. The final podium finisher turned out to be exactly the #717 Unison Racing team.

Burst Esports leads the championship. Unison Racing now sitting in second with a less comfortable lead and SEM9 Axle is catching up to Team Adrenaline in the battle for 3rd and 4th with a two point difference. Viadukten had a DNS at Monza and are therefore short on points compared to the rest of the field.

Should we start making these podium posters into buyable posters on our webshop? Let us know in the comments below.